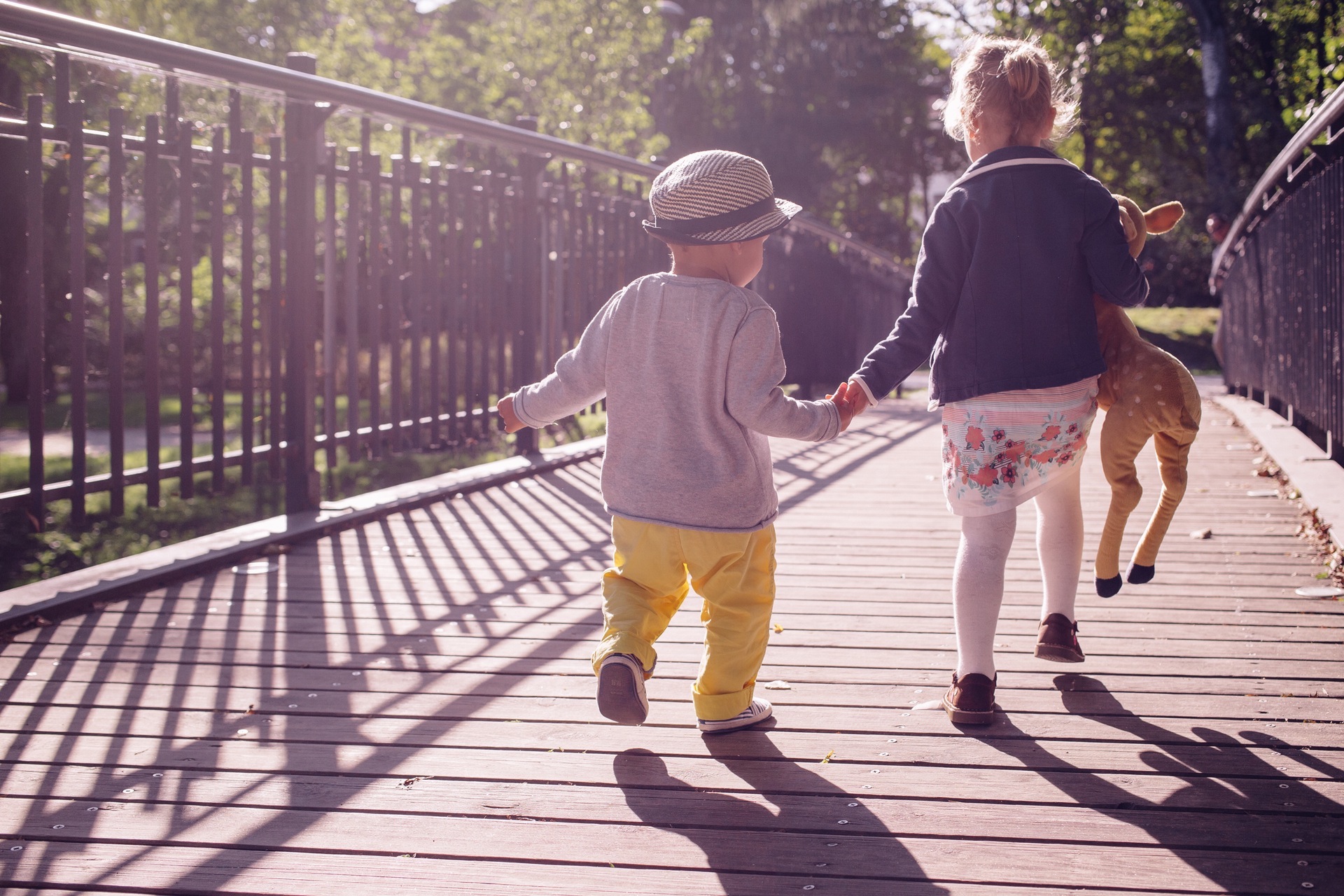 Embryo transfer (ET) is undoubtedly a rate limiting factor in IVF. Unquestionably, the IVF doctor’s expertise in performing ET as one of the most important factors that will determine IVF outcome. It takes confidence, dexterity, skill, gentility and above all, experience to do a good transfer. This having been said, of all the procedures in IVF this is the most difficult to teach. It is a true “art” and there is little doubt that many women will fail to conceive following IVF simply because their doctor could not perform this procedure optimally.

Good quality embryos are those whose cells (blastomeres) continue to divide at a regular and predictable rate, such that  within 72 hours of fertilization they contain 5-9 cells and within 5-6 days, they will have developed into expanded blastocysts with >100 cells. Such embryos are the ones that are most likely to be “competent” (i.e., able to propagate a pregnancy upon being transferred to a receptive uterus). Conversely, embryos that fail to develop into expanded blastocysts within 5-6 days of being fertilized, are almost invariably chromosomally abnormal (aneuploid), “incompetent” and are unworthy of transfer. The addition of preimplantation genetic testing (PGT) with full embryo karyotyping (which assesses all the embryo’s chromosomes), markedly improves the ability to select truly “competent” embryos for transfer. The select transfer of such PGT-normal blastocysts, vastly increases the baby rate per embryo transferred, markedly reduces the likelihood of miscarriage, and minimizes the occurrence of chromosomal birth defects such as Down’s Syndrome. Shortly before performing ET, the embryos are put together in a single laboratory dish containing growth medium. The laboratory staff informs the clinic coordinator that the embryos are ready for transfer, and the coordinator prepares the patient and informs the physician that a transfer is imminent. Ultrasound Guided Embryo Transfer: A Must! Today all embryo transfers should, in my opinion, be performed under direct ultrasound guidance to ensure proper placement in the uterine cavity. All other factors being equal, such practice, properly conducted, will significantly enhanced embryo implantation and pregnancy rates. Optimal Bladder filling to promote visualization: I prefer to perform all embryo transfers with the patient having a full bladder. This tends to facilitate clear into visualization of the uterus by abdominal ultrasound and the bladder distention causes reflex nervous suppression of uterine contractility, reducing the chance of embryo expulsion. The patient is allowed to empty her bladder 10 minutes following the embryo transfer. In cases where at the time of ET, the bladder is found to be over-full or insufficiently distended this can be readily corrected. In cases of an over-full bladder the patient partially empty her bladder or it can be achieved through deliberate controlled catheterization and drainage. An under-filled bladder can be addressed by increasing fluid intake and monitoring bladder filling ultrasonographically or by catheterization followed by controlled bladder filling with sterile isotonic saline solution. Adequate relaxation: It is important that the woman be as relaxed as possible during the embryo transfer because many of the hormones that are released during times of stress, such as adrenalin, can cause the uterus to contract. Accordingly we offer our patients, an oral tranquilizer (usually 5mg of oral diazepam or Valium) taken about a half hour prior to the embryo transfer, to relax the woman and reduce apprehension. Some IVF programs believe that imagery helps the woman relax and feel positive about the process and in the process reduce the stress level. In such a program, a counselor and/or clinical coordinator may help the woman focus on visual imagery for a few minutes immediately prior to embryo transfer so as to enhance her relaxation. How Many Embryos should be transferred? There is an overriding need to minimize the occurrence of multiple gestations, especially high order multiples (triplets or greater). This is because of the risk of prematurity-related complications increase proportionate to the number of babies in the uterus. Unfortunately there are several confounding considerations in determining how many embryos to transfer at a time:

As a rule of thumb however, I tend to transfer one (2) PGT-untested blastocysts to women under 40 years and, up to three (3) PGT-untested embryos to the uteri of women > 40 years I support a policy where single PGT-normal blastocysts are transferred to women of any age. The Embryo Transfer Process: When the woman is in the proper position, and her bladder is adequately filled, the physician first inserts a speculum into the vagina to expose and rigorously clean the outer cervix with a sterile, isotonic saline solution to remove any mucus or other secretions, followed by a gentle lavage of the outer cervical canal with Human Tubal Fluid (HTF)  An abdominal ultrasound transducer is placed suprapubically on the lower abdomen to allow clear visualization of the uterus is clearly visualized. Thereupon, using sterile technique, I introduce a sonically activated embryo transfer cannula (with an empty internal catheter through the entire length of the cervical canal until the sonically activated tip reaches the junction of the cervical canal and uterine cavity. The laboratory is then notified to load a catheter with the embryo (s) to be transferred and deliver them to me in the procedure room. At this point the empty catheter is removed from the positioned cannula and the embryo-loaded catheter is passed via the perfectly positioned cannula, to within approximately one (1) centimeter of the top of the uterine cavity, whereupon the embryologist is directed to slowly inject the embryo(s) into the uterus. The passage of the embryos into the uterine cavity can be tracked by ultrasound visualization. A period of about 30 seconds is allowed to elapse, whereupon the catheter and cannula are simultaneously withdrawn slowly. Thereupon, the catheter is immediately returned to the laboratory where it is examined under the microscope to make sure that all the embryos have been released. Any residual embryos would be promptly re-transferred using the same technique. Frozen Embryo Transfers: Available evidence suggests that FET (of previously cryopreserved embryos) is at least as successful as is the transfer of “fresh” embryos and might even have the edge. The probably explanation is certainly unlikely to have anything to do with the freezing process itself. The reason likely has to do with being able to better able to prepare the uterus optimally for embryo implantation by using targeted hormone replacement therapy that when a “fresh” transfer is performed immediately following ovarian stimulation with fertility drugs. I prefer for my patients to initiate FET cycles with oral contraceptive (OC) starting within 5-6 days of the start of menses to the recipient. This is later overlapped with an “agonist such as Lupron  daily for 5-6 days. The OC is then withdrawn, but the daily Lupron injections are continued until the onset of menstruation. Next, the Lupron dosage is reduced and intramuscular (IM) estradiol valuate (Delestrogen) is administered every 3 days. The objective of the estradiol is to achieve and sustain an optimal plasma E2 concentration of 500pg/ml-1,000pg/ml and a 9mm endometrial lining as assessed by ultrasound examination. Intramuscular (preferably)  and/or intravaginal progesterone is administered daily starting about 6 days prior to the FET and continued along with twice weekly IM Delestrogen until the 10th week of pregnancy or until it has been confirmed that the patient is not pregnant. Daily oral dexamethasone commences with the Lupron start and continues until a negative pregnancy test or until the completion of the 8th week of pregnancy. Then it is tapered down and discontinued. The recipient also receives prophylactic oral antibiotics starting with the initiation of Progesterone therapy, until the day after ET. Usually we would thaw vitrified blastocysts with the objective of having 1, 2 or 3 for transfer; depending on a couple’s stated preference. Commencing on the day following the ET, the patient inserts a vaginal progesterone suppository daily and this is continued until the completion of the 8th week of pregnancy or until a negative pregnancy test. An alternative regimen for women who cannot tolerate intramuscular Progesterone (PIO), is to supplant this with daily vaginal Crinone 8% or Endometria inserts. Blood hCG pregnancy blood pregnancy tests are performed 13 days and 15 days after the first progesterone administration is commenced.   The male partner or another companion is expected to remain with the patient for emotional support and otherwise tending to her needs for the one hour she remains recumbent. Immediately prior to being discharged following the embryo transfer procedure, an exit interview is conducted whereby the patient/couple is/are given directions.