Antisperm Antibodies, Infertility, and the Role of IVF with Intracytoplasmic Sperm Injection 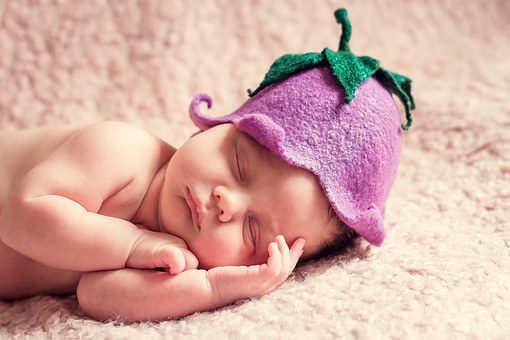 Antisperm antibodies (ASA) are immunoglobulins that attach to sperm. They are most commonly encountered in semen, blood, cervical mucous and follicular fluid. Not all ASA bind to sperm; however, those that do so can inhibit fertilization. The current methods of detecting the presence of SAs in blood, in the seminal plasma of the ejaculate or in the cervical mucus only measure those immunoglobulins that bind to sperm components. ASAs are related to the stimulation of sperm antigen. Detection of ASA requires access to standard sperm antigens that are associated with fertilization. An ideal sperm antigen should be sperm specific, accessible to the antibody and play a key role in fertilization.In about 1-4% of infertility cases the presence of antisperm antibodies (ASA) in the male or female appear to be the cause. While the presence of ASA reduces both male and fertility significantly, it does not necessarily always prevent conception altogether. Rather, the effects are graduated; i.e. the larger the immunologic response (concentration of antibodies), the less likely it is that a pregnancy will occur and when the blood level rises above 40%, natural conception is highly unlikely to occur.Like any other kind of antibody manufactured by the body, sperm antibodies are formed in response to antigens. These antigens are proteins, which appear on the outer sperm membranes as the young sperm cells, develop within the male testes. In the man’s own body, his sperm are regarded as foreign invading proteins and as such would normally be targeted for attack However, under normal conditions, direct contact between the man’s blood and sperm is prevented by a cellular structure in the testes called the blood/testis barrier. This barrier is formed by so-called, Sertoli cells, which abut very closely against each other, forming tight junctions that separate the developing sperm cells from the blood and prevent immunologic stimulation. However, the blood/ testis barrier can be broken by physical or chemical injury or by infection. When this barrier is breached, sperm antigens escape from their immunologically protected environment and come in direct contact with blood elements that launch an immunologic attack.   Once sperm and blood come in contact, whether in the male or female, specific antibodies are produced against them by specialized blood cells call T- and B-lymphocytes. The three main types of sperm antibodies produced are Immunoglobulin G (IgG), Immunoglobulin A (IgA) and Immunoglobulin M (IgM). These antibodies bind to the proteins (antigens) on the sperm head, midpiece or tail. The antibodies formed may be of the circulatory type (in the blood serum) or secretory type (in the tissue). This is important because high levels of antibodies in the blood serum do not invariably mean that the antibodies will find their way to the semen where they can affect the sperm. For example, the concentration of IgG is much lower in secretions of the reproductive tract that it is in the blood. Conversely, the local level of IgA is higher in the reproductive secretions than in the blood. This is an important point, which we will return to later.Once sperm antibodies have formed, they can affect sperm in several different ways. Some antibodies will cause sperm to stick together or agglutinate. Agglutinated sperm clump together in dense masses and thus are unable to migrate through the cervix into the uterus. Other antibodies mark the sperm for attack by Natural killer (NK) cells of the body’s immune system (ie; opsonizing antibodies). Some antibodies cause reactions between the sperm membrane and the cervical mucus preventing the sperm from swimming through the cervix (ie; immobilizing antibodies). Antibodies can also block the sperm’s ability to bind to the zona pellucida of the egg, a prerequisite for fertilization (ie; blocking antibodies). Finally, there is recent evidence that the fertilized egg shares some of the same antigens that are found on the sperm. It is possible that sperm antibodies present in the mother can react with the early embryo, resulting in its destruction by phagocytic (ie; phagocytic antibodies) cells. In my opinion, ASA tests are best performed on blood. There are a number of diagnostic tests available to detect the presence of sperm antibodies. There are several methods for the diagnosis These tests are performed by flow cytometry and the ELISA (enzyme-linked immunoabsorbent assay), the Franklin-Dukes sperm agglutination assay or the Immunobead Binding Test (IBT).the indirect immunofluorescence (IIF) assay, to name a few. My preference is the IBT. In the male, IgA and IgG are found in the semen although there is controversy as to whether they originate locally (secreted by testicular cells) or cross over from the circulation. Antibodies of the IgM class are not found in semen.Like the source of some antibodies, the question of the critical levels of sperm antibodies is also hotly debated among clinicians. There seems to be general agreement that blood levels above 30% by the IBT are associated with significant fertility problems. Studies have shown that pregnancy is highly unlikely following natural intercourse or intrauterine insemination when either the woman or the man harbors significant antisperm antibodies. Attempts have to try and remove antibodies from sperm by allowing the sperm to swim through a column of beads are by and large unsuccessful. And, while there have been isolated reports that administration of corticosteroids (eg, prednisone) will temporarily suppress antibody production, pregnancy rates are poor. Besides, corticosteroid therapy carries with it the risk of significant side effects, some of which (although infrequent) can be serious. As an example, in a man spontaneous fractures (especially of the neck of the femur) have been reported in 2% of cases. I do not recommend this treatment. In Vitro Fertilization (IVF) with intracytoplasmic sperm injection (ICSI) is the best option. Here each egg is injected with a single sperm and whether there are antibodies attached to the outer surface of the sperm becomes irrelevant. In fact, pregnancy and birth rates are the same as in cases where IVF is performed for reasons other than male factor infertility. IVF/ICSI success rates are also naffected by the concentration of antisperm antibodies.