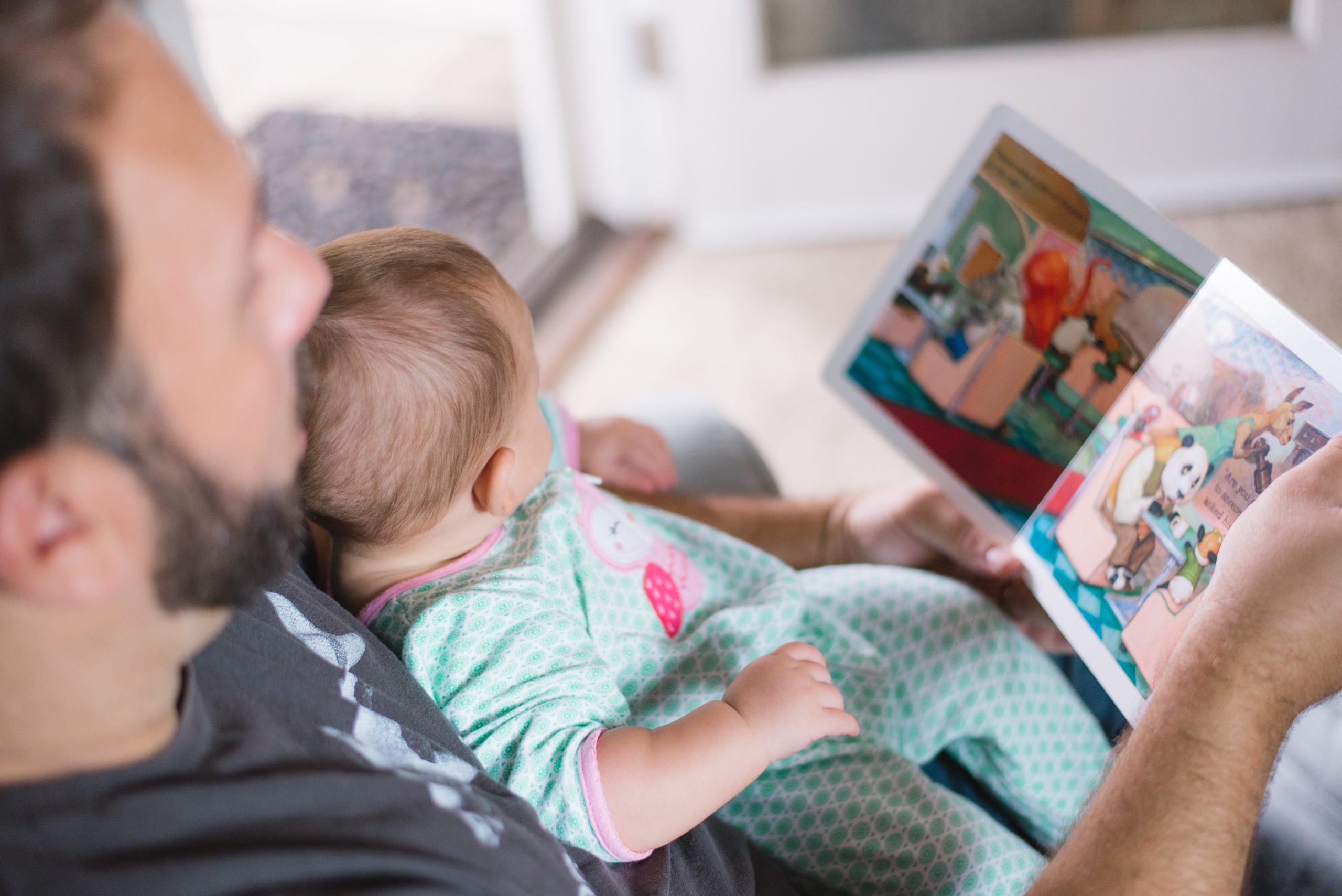 The potential for a woman’s eggs to undergo orderly development and maturation, while in large part being genetically determined can be profoundly influenced by the woman’s age, her “ovarian reserve” and proximity to menopause. It is also influenced by the protocol used for controlled ovarian stimulation (COH) which by fashioning the intra-ovarian hormonal environment, profoundly impacts egg development and maturation.

After the menarche (age at which menstruation starts) a monthly process of repeatedly processing eggs continues until the menopause, by which time most eggs will have been used up, and ovulation and menstruation cease. When the number of eggs remaining in the ovaries falls below a certain threshold, ovarian function starts to wane over a 5 to10-years. This time period is referred to as the climacteric. With the onset of the climacteric, blood Follicle Stimulating Hormone (FSH) and later also Luteinizing Hormone (LH) levels begin to rise…. at first slowly and then more rapidly, ultimately culminating in the complete cessation of ovulation and menstruation (i.e. menopause).

One of the early indications that the woman has entered the climacteric and that ovarian reserve is diminishing DOR) , is the detection of a basal blood FSH level above 9.0 MIU/ml and/ or an AMH level og <2.0ng/ml.

Prior to the changes that immediately precede ovulation, virtually all human eggs have 23 pairs (i.e. 46) of chromosomes. Thirty six to forty hours prior to ovulation, a surge occurs in the release of LH by the pituitary gland. One of the main e purposes of this LH surge is to cause the chromosomes in the egg to divide n half (to 23 in number) in order that once fertilized by a mature sperm ends up having 23 chromosomes) the resulting embryo will be back to having 46 chromosomes. A “competent” mature egg is one that has precisely 23 chromosomes, not any more or any less. It is largely the egg, rather than the sperm that determines the chromosomal integrity of the embryo and only an embryo that has a normal component of 46 chromosomes (i.e. euploid) is “competent” to develop into a healthy baby. If for any reason the final number of chromosomes in the egg is less or more than 23 (aneuploid), it will be incapable of propagating a euploid, “competent” embryo. Thus egg/embryo aneuploidy (“incompetence”) is the leading cause of human reproductive dysfunction which can manifest as: arrested embryo development and/or failed implantation (which often presents as infertility), early miscarriage or chromosomal birth defects (e.g. Down’s syndrome). While most aneuploid (“incompetent”) embryos often fail to produce a pregnancy, some do. However, most such pregnancies miscarry early on. On relatively rare occasions, depending on the chromosome pair involved, aneuploid embryos can develop into chromosomally defective babies (e.g. Down’s syndrome).

Up until a woman reaches her mid- thirties, at best, 50-60%   of her eggs will likely be chromosomally normal. As she ages beyond her mid-thirties there will be a a progressive decline in egg quality such that by age 40 years only about 15%-20% of eggs are euploid and, by the time the woman reaches her mid-forties, less than 10% of her eggs are likely to be chromosomally normal. While most aneuploid embryos do appear to be microscopically abnormal under the light microscope, this is not invariably so. In fact, many aneuploid embryos a have a perfectly normal appearance under the microscope. This is why it is not possible to reliably differentiate between competent and incompetent embryos on the basis of their microscopic appearance (morphologic grade) alone.

The process of natural selection usually precludes most aneuploid embryos from attaching to the uterine lining. Those that do attach usually do so for such only a brief period of time. In such cases the woman often will not even experience a postponement of menstruation. There will be a transient rise in blood hCG levels but in most cases the woman will be unaware of even having conceived (i.e. a “chemical pregnancy”). Alternatively, an aneuploid embryo might attach for a period of a few weeks before being expelled (i.e. a “miscarriage”). Sometimes (fortunately rarely) an aneuploid embryo will develop into a viable baby that is born with a chromosomal birth defect (e.g. Down’s syndrome).

The fact that the incidence of embryo aneuploidy invariably increases with advancing age serves to explain why reproductive failure (“infertility”, miscarriages and birth defects), also increases as women get older.

It is an over-simplification to represent that diminishing ovarian reserve as evidenced by raised FSH blood levels (and other tests) and reduced response to stimulation with fertility drugs is a direct cause of “poor egg/ embryo quality”. This common misconception stems from the fact that poor embryo quality (“incompetence”) often occurs in women who at the same time, because of the advent of the climacteric also have elevated basal blood FSH/LH levels and reduced AMH. But it is not the elevation in FSH or the low AMH that causes embryo “incompetence”. Rather it is the effect of advancing age (the “biological clock”) resulting a progressive increase in the incidence of egg aneuploidy, which is responsible for declining egg quality. Simply stated, as women get older “wear and tear” on their eggs increases the likelihood of egg and thus embryo aneuploidy. It just so happens that the two precipitating factors often go hand in hand.

The importance of the IVF stimulation protocol on egg/embryo quality cannot be overstated. This factor seems often to be overlooked or discounted by those IVF practitioners who use  a “one-size-fits-all” approach to ovarian stimulation. My experience is that the use of individualized/customized COS protocols can greatly improve IVF outcome in patients at risk – particularly those with diminished ovarian reserve (“poor responders”) and those who are “high responders” (women with PCOS , those with dysfunctional or absent ovulation, and young women under 25 years of age).

While no one can influence underlying genetics or turn back the clock on a woman’s age, any competent IVF specialist should be able to tailor the protocol for COS to meet the individual needs of the patient.

During the normal ovulation cycle, ovarian hormonal changes are regulated to avoid irregularities in production and interaction that could adversely influence follicle development and egg quality. As an example, small amounts of androgens (male hormones such as testosterone) that are produced by the ovarian stroma (the tissue surrounding ovarian follicles) during the pre-ovulatory phase of the cycle enhance late follicle development, estrogen production by the granulosa cells (cells that line the inner walls of follicles), and egg maturation.

However, over-production of testosterone can adversely influence the same processes. It follows that protocols for controlled ovarian stimulation (COS should be geared toward optimizing follicle growth and development (without placing the woman at risk from overstimulation), while at the same time avoiding excessive ovarian androgen production. Achievement of such objectives requires a very individualized approach to choosing the protocol for COS with fertility drugs as well as the precise timing of the “trigger shot” of hCG.

It is important to recognize that the pituitary gonadotropins, LH and FSH, while both playing a pivotal role in follicle development, have different primary sites of action in the ovary. The action of FSH is mainly directed towards the cells lining the inside of the follicle that are responsible for estrogen production. LH, on the other hand, acts primarily on the ovarian stroma to produce male hormones/ androgens (e.g. androstenedione and testosterone). A small amount of testosterone is necessary for optimal estrogen production. Over-production of such androgens can have a deleterious effect on granulosa cell activity, follicle growth/development, egg maturation, fertilization potential and subsequent embryo quality. Furthermore, excessive ovarian androgens can also compromise estrogen-induced endometrial growth and development.

In conditions such as polycystic ovarian syndrome (PCOS), which is characterized by increased blood LH levels, there is also increased ovarian androgen production. It is therefore not surprising that “poor egg/embryo quality” is often a feature of this condition. The use of LH-containing preparations such as Menopur further aggravates this effect. Thus we recommend using FSH-dominant products such as Follistim, Puregon, and Gonal-F in such cases. While it would seem prudent to limit LH exposure in all cases of COS, this appears to be more vital in older women, who tend to be more sensitive to LH

It is common practice to administer gonadotropin releasing hormone agonists (GnRHa) agonists such as Lupron, and, GnRH-antagonists such as Ganirelix and Orgalutron to prevent the release of LH during COS. GnRH agonists exert their LH-lowering effect over a number of days. They act by causing an initial outpouring followed by a depletion of pituitary gonadotropins. This results in the LH level falling to low concentrations, within 4-7 days, thereby establishing a relatively “LH-free environment”. GnRH Antagonists, on the other hand, act very rapidly (within a few hours) to block pituitary LH release, so as achieve the same effect.